It's a Birthday Party--with a fun twist. YOU may get a gift! My friend Jenna Jaxon is celebrating the release of her latest book, Only A Mistress Will Do, and she has some fabulous games in the offing. 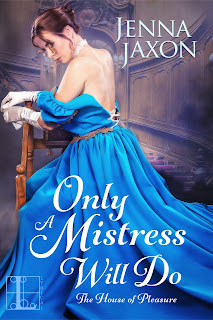 Just check below after the excerpt to see what's in store. And Good Luck. 😁

Now--Congratulations,Jenna. Please tell us a little about your book.
Love to. Here's the blurb.

The man of her dreams . . . belongs to another woman.

Destitute and without friends, Violet Carlton is forced to seek employment at the House of Pleasure in London. She steels herself for her first customer and is shocked when the man rescues her instead of ravishing her. A grateful Violet cannot help but admire the handsome

Viscount Trevor. But she must curb her desire for the dashing nobleman she can never have because he is already betrothed to another . . .

Tristan had gone to the House of Pleasure for a last bit of fun before he became a faithful married man. But when he recognizes the woman in his bed, he becomes determined to save her instead. Now, his heart wars with his head as he falls for the vulnerable courtesan. Unable to break his betrothal without a scandal, Tris resolves to find Violet proper employment or a husband of her own. Still, his arms ache for Violet, urging him to abandon propriety and sacrifice everything to be with the woman he loves. . . .

“And you have now come to that desperate point where you seek employment with me?” The business-like tone, neither condoning nor condemning, stiffened Violet’s resolve.

“Yes, ma’am. As of today, I have nowhere else to go, no one to turn to.” A sickening churn of her stomach that had nothing to do with hunger sent tension through her. “Nothing else of value.”
Except herself.

“You are how old, Miss Carlton?”

“Let me see you walk, please.” With a crisp snap, Vestry pulled the curtains open and nodded to the path between the sofa and fireplace.

Violet straightened her skirts as best she could. Suddenly stiff and self-conscious, she concentrated on putting one foot before the other until she came face to face with another obscene painting. She clenched her hands and averted her eyes.

Feeling more and more like a horse or a cow at Smithfield market, she did as she was told, hopefully with a bit more grace.

In reward, Vestry gave her a slight nod. “You speak and move as befit your station, Miss Carlton. With a little training, I suspect you will be quite popular with our patrons. I should be able to command a high price for your virginity.”

Violet’s feet tangled in the plush carpet.
The scant approval vanished as Vestry glared at her. “I assume you are intact?”

Oh, the shame. How could this woman suggest she had already lain with a man? Bitterness flooded her mouth and her chest ached with mortification. Finally, she managed a curt nod.

“Lie down on the sofa please.”

“I am not fool enough to take your word, Miss Carlton.” Vestry smiled mirthlessly. “A brief inspection will allow me to assure your buyer he is indeed purchasing a virgin.” 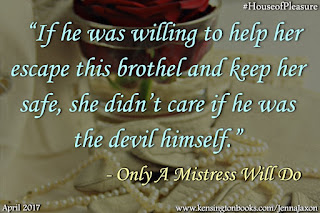 Her cheeks heated at the humiliation this woman suggested. The cold inevitability of her situation rolled over her, engulfing her as though she was drowning beneath a relentless sea. Madame Vestry demanded almost nothing compared to the real horror awaiting her at the hands of her buyer. Still, she had chosen to live. She could no longer afford the luxury of respectability.
*******

Goodness! Poor Violet. I look forward to reading how she achieves her HEA.
You write in more than one historical setting/ Why have you chosen to focus on those particular periods?

I do write in a variety of historical periods because although I have my favorites, I really like a lot of different periods for different reasons. So I’ve sort of sampled them along the way. I was a history major and got my Ph.D. in Theatre History, so I love digging around in the past. I’ve written books in Medieval, Georgian, Regency, and Victorian eras and absolutely love whatever period I’m working with at the moment.

What other books have you published in this era?

I have two other Georgian novels in the House of Pleasure series, Only Scandal Will Do and Only Marriage Will Do. After Mistress there are two more to come, for a total of five.
Sounds like a great series. What inspired you for this particular story?

A Mary Balogh novel, A Precious Jewel. It too had a heroine, a lady down on her luck, who turns to prostitution to survive. Balogh only hints at what the heroine’s “first customer” was like, merely saying the first week was awful, but then she managed to carry on. I became intrigued with how a well-bred woman would cope with her first customer if put into this circumstance. And Only A Mistress was born.

Do you ever work on two stories at the same time?

I do, unfortunately. I’m doing it right now, in fact. I prefer to give my full attention to one work, finish it, then move on. But sometimes deadlines coalesce at the same time, as these two books did, and then the real world intruded, so I’m finishing up both books in the next month, in good time for the deadline, but I hate to have to constantly shift time periods—especially the slang!

I salute your ability to do this! Was any character particularly stubborn in cooperating with you during the writing process?

Not in this book—my H/h were particularly good about communicating with me. But a book that coming out next year took forever to write because the characters kept misbehaving!

If you had to describe this book as a color, what would that color be?
Blue—rather like the blue of the dress on the cover. It is vibrant, yet can also be subdued.

If you had to describe the book as a taste, what would it be?
Bittersweet lemon

If you were casting the movie of this book, who would you choose as your hero? Your heroine?

I would cast Chris Pine as Tristan and Jennifer Lawrence as Violet. 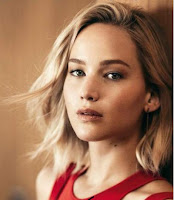 Good choices. I can see those two as leads! What’s your next project?

As I said I’m working on two books at the moment. The next book in the series after Mistress, Only Seduction Will Do. And the second book in my Widows’ Club series, which just got a name last night, but I don’t know if I can reveal it yet! I will tell you that it does have the word “Widow” in the title. :)

What one tip would you offer writers?

The most valuable advice I was ever given by my mentor, the late Judi McCoy: You can fix CRAP, you can’t fix NOTHING. If you don’t write it down, you can never do anything with it. So keep on writing!


NOW FOR SOME GAMES


Party Game #1
As this is a party, I thought I’d have some party games. In this first game, I’m giving away an autographed copy of Only A Mistress Will Do to the person who comes up with the perfect name for Jack, Lord Manning’s  home estate.Lord Manning figures largely in Mistress, but in my next book, he’s going to spend some time at his estate. What should I call it?
In Only Scandal Will Do, Duncan’s family estate is Merrywell; in Only Marriage Will Do, we find out Amiable’s family’s seat is called Cheswyck.
What should Jack’s estate be called? Leave a suggestion in a comment to be entered to win!
Party Game #2
For my next party game, let’s play I Need A Hero! Copy a picture of what you think Lord Trevor should look like–a handsome, sexy hero, mind you–into a comment below.  I’ll pick a random commenter to receive an e-book from my back list AND the winner’s name will appear as a character in the next House of Pleasure book, Only Seduction Will Do. Leave a suggestion in a comment below to be entered to win!

Party Game #3
In this next game, I’m giving away a $10.00 Amazon gift card randomly to a commenter who tells me in a comment below something about your first kiss.
Mine, as I recall, was not as romantic as Dora’s was above. I was in the second grade, I initiated it, and the boy’s response was “You’re crazy.” LOL

Thank you for inviting us to your birthday party, Jenna, and for all the fun games. Best of luck with Only A Mistress Will Do. 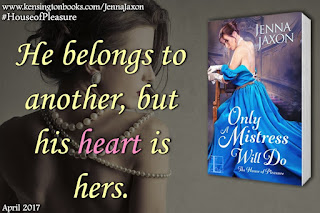 Here's a little about Jenna.

Jenna Jaxon is a multi-published author of historical in all time periods because passion is timeless.  She has been reading and writing historical romance since she was a teenager.  A romantic herself, she has always loved a dark side to the genre, a twist, suspense, a surprise.  She tries to incorporate all of these elements into her own stories. She’s a theatre director when she’s not writing and lives in Virginia with her family, including two very vocal cats.

Jenna is a PAN member of Romance Writers of America as well as Vice-President of Chesapeake Romance Writers, her local chapter of RWA. She has three series currently available: The House of Pleasure, set in Georgian England, Handful of Hearts, set in Regency England, and Time Enough to Love, set in medieval England and France.
She currently writes to support her chocolate habit.