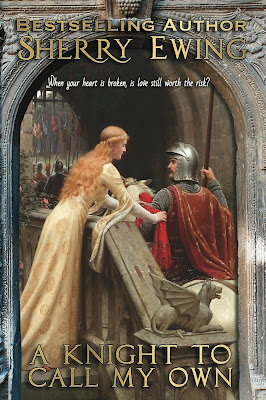 Welcome to week eight of Medieval Monday's Villain theme post hop where authors present a portion of a longer excerpt from one of their books. Today, I'm pleased to welcome the talented Sherrie Ewing, who is sharing a section of her exciting tale, A Knight to Call My Own.

If you would care to refresh your memory on what happened last week, you'll find excerpt 7 at

Excerpt 8:
“He could have still been of use to us,” Lachlan said, handing over the reins to Calum. “You did not have to kill him over some stupid woman.”

“Would you rather I had put you out of your misery, since you were the one to hire the man for our company?”

“’Twas a lack of judgement on your part to trust the fool who could not keep one slip of a girl from escaping.”

“And he has now “
paid the price of his life for his error. That does not mean he could not have still been of some use, or that I wish to take his place. You always were such a bastard.”

Calum took a fist full of Lachlan’s tunic, bringing them nose to nose. “I believe, dear brother, ’tis not me who is the bastard.”

Follow along next week by checking out Mary Morgan’s blog with excerpt #9 at http://www.marymorganauthor.com/blog

When your heart is broken, is love still worth the risk?

Lynet of clan MacLaren knows how it feels to love someone and not have that love returned. After waiting for six long years, she has given up hope of Ian’s return. Her brother-in-law, the Devil’s Dragon of Berwyck, is tired of waiting for her to choose a husband and has decided a competition for the right to wed Lynet is just the thing his willful charge needs to force her hand.

Ian MacGillivray has returned to Berwyck Castle in search of a bride and who better than the young girl who cared for him all those years ago. But Lynet is anything but an easy conquest and he will need more than charm to win her hand in marriage.

From the English borders to the Highlands of Scotland, the chase is on for who will claim the fair Lynet. The price paid will indeed be high to ensure her safety and even higher to win her love.

Posted by Barbara Bettis at 1:55 AM 2 comments

It's Spring--Time of Rebirth and Renewal

At Historical Hussies today.  I'm talking about the fact that spring is more than beautiful flowers and budding trees.
Here's a glimpse:
It's Spring!
The Vernal (March) Equinox has come (Monday, March 20, this year).
Most of us usually want to dance and celebrate the end of winter and the promise of sun, warmth, birth and renewal. It feels like a new year. In fact, March 25 was once considered the beginning of the year. But it wasn’t just the earth’s renewal.
In Christian tradition March 25 is Annunciation Day, when the angel Gabriel told the Virgin Mary that she was to bear a son,(to which she gave birth nine months later, to the day.) March 25 came to be known as Lady Day.
For the rest:
http://historicalhussies.blogspot.com/2017/03/happy-spring-time-of-rebirth-and-renewal.html
Posted by Barbara Bettis at 2:00 PM 0 comments

Who Can Resist a KNIGHT ERRANT, Rue Allyn's Latest 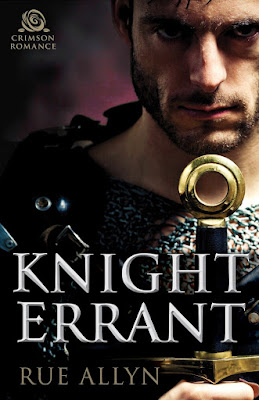 Help me welcome Rue Allyn and her nasty villain to Medieval Monday's Villain post hop. And I defy you not to shudder when you read about Basti! If you'd care to brush up on last week's installment first, go to Laurel O'Donnell's blog http://www.laurel-odonnell.com/blog.html.

“Your Beguine robes have undergone a change?” Basti lifted a delicately arched brow. He was small in stature, but he was perfectly proportioned. She had heard that his face had been used as the model for any number of angelic frescoes. After his appointment to Rome, ’twas how he had come to the pope’s attention.

“My apparel need not concern you,” she said politely. Her brain dashed between what she knew of Basti and how to escape him.

“Oh but it does.” He moved forward and took her chin between fingers and thumb.

Juliana’s skin crawled. Careful to remain calm, she held his gaze while she shifted her hands to grip the dagger. She knew from past encounters that Basti fed on the reactions of his victims. Could she use that to her advantage? How? “What do you want?” She kept her tone level, even though screams raged inside her.

He turned her face from side to side. “Such a pretty container for so much evil. Where is your lover? He must be made to see you for the foul creature you are.”

“I cannot tell you that.” If she could wound the priest, she might have enough time to escape out the window.

A beatific grin spread across Basti’s face. “You invite the wrath of Il Mano de Dei?”

BLURB:
If Sir Robert Clarwyn can't find a way to compel Lady Juliana Verault to return to England, he'll lose any chance of regaining his family lands and redeeming his heritage. Yet Juliana must complete her mission to improve her gender's future in the church. With danger and intrigue mounting, Robert and Juliana must rely on each other and risk everything … including their hearts.

Add a comment and let me know what you think. Follow along next week by checking out Mary Morgan’s blog for excerpt # 8 http://www.marymorganauthor.com/blog
Posted by Barbara Bettis at 1:30 AM 1 comments